Dear Santa, I want an iPad for my 40th birthday

I know I haven’t written to you in eons, but please don’t hold that against me.

I recognize that you usually don’t do birthdays, unless they fall on Christmas, of course.

But I think you can make an exception.

With four kids, a sagging economy and bills to pay, gifting myself a shiny new gadget is not the most responsible thing I could be doing with my money.

That’s where you come in. 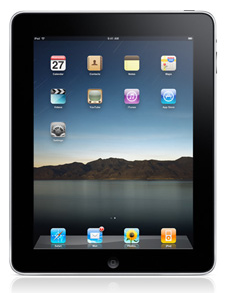 For years, I’ve assumed that parents, not you, were the real jolly giants placing presents under the tree.

My belief in you was shattered one year when my Uncle hung a Santa suit (still on the hanger) from his collar, and proceeded to ‘Ho-ho-ho’ in the thickest Nigerian accent.

The disappointment of my siblings, cousins and I, was palpable.

But as I approach 40, I’ve come to see the error of my ways (discounting your very existence).

You see, I’ve been very good this year.

I’m on the front line with the 4 kids, and that includes the 9 week old. Think smelly diapers, vomit, sleep deprivation.

I take the kids to Kumon twice a week. Can you say: Chinese water-torture?

I had the procedure. This alone should justify you getting me one! Hello?

I could go on, but you’re Santa. You’ve got the whole ‘naughty and nice’ list.

One of my friends, Ewan who publishes the Mobile Industry Review, put a call out for someone in the States to buy him an iPad and ship it to him in the UK.

A day later Gif Gfroerer from i2SMS did just that. Gif was reimbursed – he’s not all generous like you.

The point is that Ewan made a wish, and the Universe granted it.

Santa, I don’t know if you’ve got skills like that, but my birthday isn’t until April 21st. So you’ve got time.

I’m counting on you. (Picture me doe-eyed, blinking, looking up at you.)

PS If you need to talk to the Tooth Fairy and Easter Bunny to pool your funds, by all means do.

6 responses to “Dear Santa, I want an iPad for my 40th birthday”