Oprah. You. Need. Me. An open letter to Oprah Winfrey.

If you wanted me to host a show for you, you could have simply asked.

Instead you arrange this ridiculous Your OWN Show contest, just so that people won’t figure out that you’re one of my biggest fans.

Listen Oprah, I get it.

It’s like the way David Letterman was constantly talking you up to get you on his show.

I understand that you’re not willing to shame yourself, just to get me on a couch beside you.

But don’t you think this whole contest thing is just a tad…excessive?

I’m going to humor you though.

I’ve uploaded my lil’ video and completed your (quite exhaustive) application.

So can we please dispense with the formalities, and put me on a plane to Chicago already?

As I said in my audition tape, I’m going to do a show where dudes give chicks advice on relationships.

We could even start with you, and get to the nitty-gritty of this whole Stedman thing.

But you catch my drift.

Women are constantly asking other women advice about how to land (or keep) a man.

Wouldn’t it make more sense for women to ask MEN their advice on the best way to land (or keep) a man?

I think we could provide a bit more insight on the male species. Call me crazy.

Whenever you or your producers get around to my video, hit me up and let me know the dates that you want me to come out there.

I’m not just sitting around waiting for you, ya know. Yes I am.

So don’t play yourself and leave me hanging.

I know you’re a billionaire and all that, but if you want to make some REAL money, get with your boy.

And just in case my video gets lost, you can check it here.

I don’t know when it happened.

One day, I’m the king of the castle.

The lord of all I survey.

My word is law.

But that day has passed.

It’s a new day now, and I’m feeling a tad…disoriented.

You see, a few weekends ago, my wife had her girlfriend over.

In anticipation of her arrival, I cooked (barbecued actually) and cleaned.

After D (my wife’s friend) arrived, I waited on she and my wife, hand and foot, attending to their every need.

As the evening progressed, I found myself cleaning up after them.

I was a bonafide manservant.

The houseboy of Half of a Yellow Sun.

It was right after I poured them each another glass of wine, and began washing the dishes, that I had the most shocking revelation:

There I was, standing at the kitchen sink, as my wife and her girl chatted about this, that and the other in the dining room.

I found myself (half) listening to their conversation, content in my domestication, offering my two cents from the peanut gallery.

Very much periphery to their merriment.

As I turned and smiled at some clever thing the wife was saying, I had an out-of-body experience.

The old Stephen had a few words for this pathetic domesticated creature, and it went a little something like this…

Chris Anokute: The Making of A Music Mogul 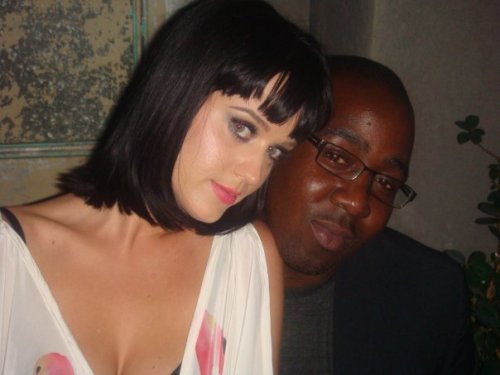 Kissed a Girl. California Gurls. Yeah, Chris did that.

A little over 12 years ago, I met this young man eager to make it in the music industry.

One day, a motley entourage of Black men, pushing some blond dreadlocked artist, walked into my office looking for an entertainment attorney.

At the center of this mass of Black men was an R&B singer named Don Conner.

In addition to Don, there was a ‘manager’ whose name escapes me (but claimed he was behind numerous successful boy groups), and a ‘money guy’ named Isaac Morgan.

A few other non-descript hanger-onners rounded out the posse and filled up my (then) small office.

And the very back of the office, sat Chris.

Mr. Manager started jabbering about how talented Don was, and how he was the next Jaheim.

Money Morgan talked about the distribution agreement they were ‘just about’ to sign, and the need to make sure that they had all their ‘paperwork’ in order.

Don said he simply wanted to sing and to ensure that his people were ‘taken care of.’

Their mouths moved a lot during that meeting, but very little was actually said.

The person who spoke the loudest to me, never opened his mouth.

The entire meeting, he sat in the back of the room, listening, clearly taking it all in.

When the talking heads stopped, Mr. Manager-whose-name-I-can’t-remember got up and assured me that we were ‘going to do business.’

Mr. Money promised to follow up, once they had ‘things in place.’

The various hangers-onners gave pounds, head nods or blank stares as the entourage filed out of the room.

Chris politely shook my hand, and joined the large moving mass of Black men making their way out of my Montclair office.

Needless to say, nothing ever became of Don Conner.

Turns out he was already being managed, under a production contract with a distribution agreement in place to deliver six records.

A few years later, who should walk into my office, but Chris.

There was no motley entourage or talking heads.

This time, he came to ask for my advice on the best way to make it in the music industry.

Since that day he visited my office those many years ago, he remembered our initial meeting.

I impressed him as someone who shot straight, even if I said things that you didn’t want to hear.

We spoke at length about all the things he had done to this date, including working in Whitney Houston’s camp, promoting independent artists and hosting parties, along with waiting tables and going to school.

He told me that he had a passion for music and felt that God had given him the gift of an ‘ear.’

He could hear a hit instantly. We’ll talk about this platinum ear in at length in another post.

Although I felt his ‘ear’ was immaterial at the time, he impressed me as an individual with singular purpose and drive.

It was clear that he had experience in production, management, and promotion.

And had a hustler’s get-it-done-at-all-costs mentality, which was impressive for someone so young.

I told him that he was on the right path, because he was seeking out knowledge and advice from people in the industry.

The only thing I felt he was missing from his repertoire, was an understanding of the business side of the industry.

The music industry is a business, first and foremost.

And without the ability to understand the rights, liabilities and obligations of the respective parties to transactions, you were simply spinning your wheels.

So I gave him an internship.

A few years later, we started a management company.

Signed a few acts (Alkatraz and JUS). Hmm…wonder where are they now?

Got our first publishing deal.

Fast forward to 2010, and Chris is one of the youngest and most successful A&R’s in the music industry.

After a three year stint as Senior A&R pop at Virgin/Capitol Records, he is now Sylvia Rhone‘s most recent executive acquisition at Universal/Motown, charged with giving the label a pop presence.

For the guy who A&R’d Joss Stone, found Katy Perry, Stacie Orrico (and many more) he’s up to the task.

I’ve skipped over some of the juicy bits of Chris’ rise to fame.

But that’s for another time.