The Mobile (R)evolution: 5 Reasons You Need An App 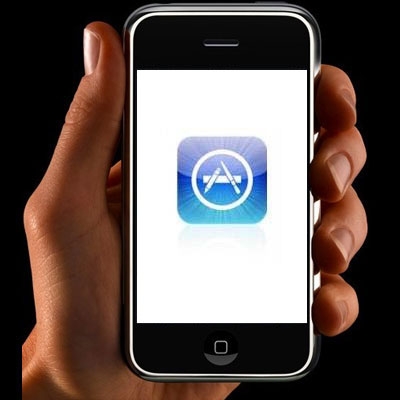 Apps, apps everywhere, but not a brand in sight!

I’m mobile obsessed. I’ll admit it.  It probably started with my first smart phone, a Palm Treo, but my obsession has grown exponentially from there.

With certain technology trends, I was very much ‘wait-and-see.’ But with mobile, I was definitely an early adopter.

As recently as a few years ago, mobile phones were still very much a luxury, the domain of corporate executives and titans of industry.  We all remember the phones in a bag. They were expensive, and therefore, exclusive.

Today virtually everyone has a mobile device. Some (like myself) have two.

With the elimination of two-year contracts, and the entrance of pay-as-you-go services, such as MetroPCS and Boost Mobile, getting a quality phone and inexpensive service, has eliminated any significant barrier to entry.

Where standard feature phones used to be the norm, smart phones are becoming commonplace. Wireless networks are prolific.  Texting has replaced calling as the primary means of communication between people.

What used to be the exclusive domain of PCs has been co-opted by mobile devices. The mobile device has become the first screen.

From my vantage point, educating, training, and generally evangelizing the adoption of technology to further one’s business objectives, brands have been caught off guard by these advances.

As the mobile revolution advances at breakneck speeds, I continually find myself justifying a given. We are beyond ‘proof-of-concept’ and very clearly at widespread adoption (if not completely mainstream).

If you’re asking yourself ‘why do I need an app?’ here are five reasons:

1.  Mobile is ubiquitous. About 78% of the world has a mobile device with a mobile subscription.  Everywhere you look, you’ll see someone on a mobile phone. They’re talking, texting, browsing, playing games, listening to music, watching videos or movies, reading emails or engaging in some other productive activity.

2.  HTML5 will not replace mobile apps. For web productivity, HTML5 will certainly enhance a user’s ability to get things done online from mobile devices. Salesforce is a great example of mobile web utility. But for rich media apps and games, having these processes take place on the device, rather than in the cloud, makes more practical sense.

3.  Apps are hyper targeted. When a person downloads an app to their device, they’ve already determined that they want it. And once it’s ‘on deck’ (and the appropriate preferences are selected by the users) your brand can continuously push targeted messages to the users.

4.  Apps are sexy. Let’s face it, Apple has made mobile sexy. And there is nothing sexier for your brand than having a iPhone or iPad app. Shoot, if you’re really trying to get your sexy on, a universal app (that works across multiple platforms and devices) is even sexier. An app is like wearing a red dress to a funeral – it may be inappropriate, but you’re gonna get noticed.

5.  Apps are unique to your brand. The great thing about apps is that they are all unique. Even when you’re simply re-skinning a templated app, the fact that it’s your brand over that functionality, makes it valuable to the end-user who selects and downloads it.  When a user downloads your app to their device, they do so because they want it. In doing so, they’ve allowed your brand to be a part of their inner circle.  Your brand has become a part of how they identify themselves.

Now there are certainly more reasons than these to justify getting an app, but I’m winded. If you think that there are more compelling reasons for having an app, I’d love to hear them!