Since I recently lampooned an app, I felt the need to be balanced.

So today, I give props to an app I recently downloaded and used, that I found to work exceptionally well.

That app was Taxi Magic from RideCharge Inc.

I was in Washington, D.C. a few weeks ago, and needed to get to a meeting with a client. I had originally intended to take the bus across town, but the scheduled bus was delayed, and I didn’t want to risk being late from my appointment.

Not too long ago, I had attended a NYTech Meetup, where a Taxi Magic demo was featured, but at the time, I hadn’t downloaded the app.

I immediately recalled the simple and effortless way the app was purported to work during the demo, so I pulled out my iPhone and downloaded it. 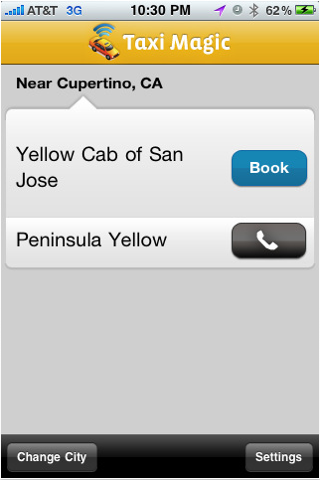 Taxi Magic uses your location to locate taxis in proximity to you.

Upon launching Texi Magic, I was asked if the app could use my location, and was then presented with a list of cabs near the intersection near where I was standing, which I could either book directly or call. 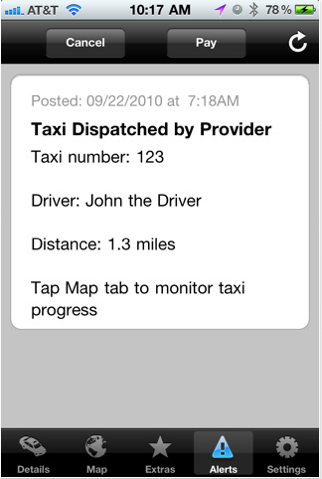 Taxi Magic tells you when your taxi has been dispatched.

I booked a Red Top taxi, and received a notification telling me the taxi had been dispatched and was less than half a mile away. 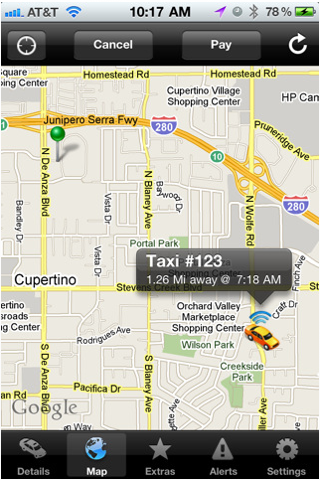 Taxi Magic's map let's me see where the driver is while I wait on him.

There was an interactive map, which showed where the taxi was relative to where I was, and let me monitor the driver’s progress.

When I saw the taxi pull up a few minutes later, and jumped in, the driver asked if I was Stephen, and if I was going to Capital City Brewing (to which I replied in the affirmative).

Taxi Magic let me pay for my ride using the app itself.

I opted for my Taxi Magic account, added a small tip and Viola! all done.

I really like the Taxi Magic app because it does what it promises to do – make getting a taxi like magic.

The interface is clean and spare, and even on AT&T’s 3G network, pages loaded quickly.

There are a few other taxi apps out there, I’m sure, but Taxi Magic is the one for me!

Note: The screen shots provided above were not of my experience, but images I grabbed from iTunes.