There’s (Already) An App For That. Just Make Your’s Better! 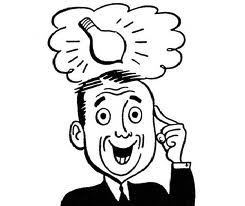 I think I've got an idea...maybe not.

So the other day, I thought I had a killer idea for an app.

It was a variation of the peek-a-boo pens from back in the day.

You know, the ones where you flip the pen and the girl’s clothes disappear revealing her undergarments.

I shared the idea with a few people, who were also of the impression that I had a killer app idea on my hands.

I was brainstorming for a client that caters to ‘adult’ themed entertainment – not personal, mind you.

The idea was so good that I raced home to sketch a few ideas out on OmniGraffle.

But then it hit me…

This idea was too good.

Not that I’m a dunce or anything, but I couldn’t imagine that an idea this good hadn’t been done already.

So I Googled it.

And wouldn’t you know, my app idea had been done – by no less than four different developers.

They were all variations on a theme, and each executed with varying degrees of aplomb.

Mind you, I come up with apps all the times.

Clients are constantly asking me what they should do, and I’m a wellspring for app ideas.

The one thing that I tell all my clients, is to find an app out there, that they like and think works well, and improve upon it.

With over half a million apps in the iTunes App Store alone, it’s very likely that any idea you’e got (as I found out) has already been done.

And that’s not to say that original apps aren’t still being created.

It’s just that it’s unlikely that most of us will come up with something that is truly original.

The reality of it, is that you wouldn’t necessarily want to be the first app to do one thing or another.

Unless you knock it out of the park on your first try, you’re probably going to have an app that’s buggy, and delivers an ‘ok’ user experience at best.

I’ve created a number of novel web and mobile applications that, despite how hyped and excited as we were about it, our initial market trials were…not good.

But what we did learn from those experiences, was that being second (or even third) to market was useful, because it gave you invaluable insight into what your competitors were doing.

It also helped you figure out what the market would bear (i.e. should your app be premium or free).

The most important thing you can get from building an app based on a pre-existing app, is that there is room for more than one.

Or Shazam and SoundHound. 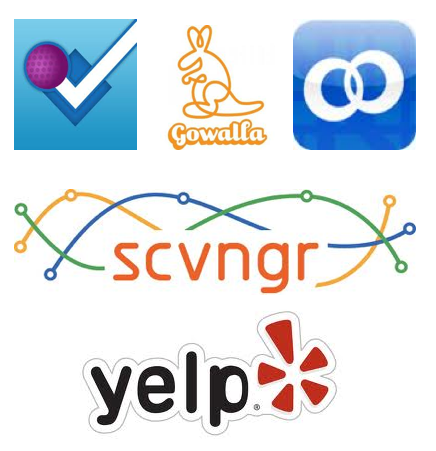 Checkin apps - there sure are a bunch of 'em!

And how about Foursquare, Gowalla, Loopt, SCVNGR, and now Yelp for Mobile.

You get the picture.

This underscores my point that even if your app idea has already been done, you can still make a mark or carve out a niche by doing something – even just one thing – better than the rest.

So don’t be discouraged if you find that you idea for the next killer app has been co-opted by someone else.

Check them out. Bide your time. And once the feedback starts coming in about what they did wrong, drop yours!