The NEW iPad is everything I’d hoped for…and more! 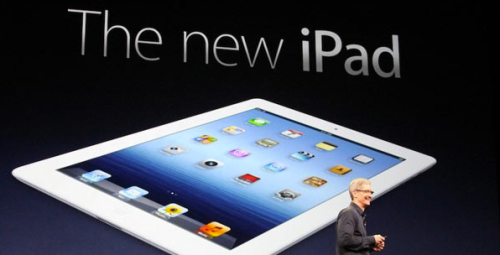 This is a screen shot I grabbed from ABC News' blog.

About an hour ago, the folks at Apple got to the part of the day’s presentation that I was waiting for, the new iPad.

Since I wasn’t invited, I’ve been following Sam Grobart’s (of the New York Times) live blogging from the event.

Do these guys know how to name a product or what?!

Next, it’s got all the bells and whistles folks had hinted around plus a butt load more:

And pre-orders are being taken today…how much money do I have in my account?

So there you have it.

The New iPad will be here in 9 days.

Now who’s planning on camping outside of Apple to wait for one?