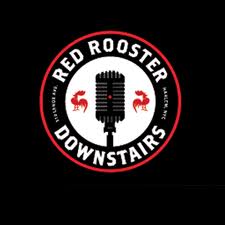 A few nights ago, I took a meeting with one of the owners of the Red Rooster and GTM Central, an Atlanta-based creative agency, in the recently opened Ginny’s Supper Club.

We were meeting to talk about the programming for the latest entrant to the New York night life scene.

For those of you not in the know, Ginny’s is located in the recently renovated downstairs of the Red Rooster, the posh restaurant of celebrity chef, Marcus Samuelsson.

If you missed the announcement about it’s opening, that’s okay. It was quite low-key.

Sure, it was mentioned in a bunch of online publications.

But unless your a foodie or aficionado, Ginny’s formal opening probably flew under your radar.

Red Rooster has become the de facto go-to destination uptown, and celebrity-spotting – as well as fine dining – is the order of the day.

Can you say swanky?

While Red Rooster has become known for it’s exceptional menu, high fine art and extensive music catalogue, Ginny’s is looking to brand itself as the spot for great food and exceptional live entertainment.

Think of Ginny’s as a juke joint or a speakeasy, and you’ve got the picture.

They’ve got a separate dinner and drink menu – I had the roasted duck. It was delicious!

And the mixologists at the bar are on par with any in the city.

There was a Brazilian band playing bossa nova the night I was there, and the place was packed – literally standing room only.

Roberta Flack is performing at Ginny’s on April 14th as part of their Jazz Masters Series, and the line up for the spring and summer is equally outstanding.

If you’ve only been upstairs, then I strongly encourage you to head downstairs and experience Ginny’s yourself.