I can’t do ‘reality shows’.

They’re just too base for me.

Folks acting like pure idiots, trying to outdo one another with outrageous behavior.

Behavior that, I suspect, wouldn’t likely occur if the cameras were turned off.

One show, that I believe, achieves all-time lows, is Love & Hip Hop Atlanta.

I’ve watched a sum total of 15 minutes of the show.

And that 15 minutes was all I could stomach.

Mind you, it was 15 minutes watched cumulatively over a few episodes.

In one segment, a guy by the name of Stevie J was meeting with a therapist with his girlfriend Mimi, and his artist Joseline (who he was apparently having relations with).

The doctor who they met with, Dr. Jeff Gardere (the same doctor from The Maury Povich show – hmmmm) was trying to help the aforementioned Stevie J see how his behavior wasn’t fair to his women.

At one point, the artist, Joseline Hernandez, is invited into the session with Stevie J and his girlfriend, and promptly starts whupping on Stevie J, when he reveals that he’s been living with his girlfriend, while sleeping with Joseline.

When security rushed into the room, I thought, “How many doctor’s offices have six beefy security guards on call?”

In another clip, on a different day, Stevie J is talking about how he has invited Joseline to to the studio meet his new artist.

The new artist looks like a combination of Joseline and Keisha Cole, and we’re shown clips of Stevie J, rubbing her arms as Joseline walks into the studio.

Things promptly go south, as Joseline verbally chastises Stevie J, and suggests that the new artist start “sucking his d*#!” since that’s what she’s there to do, before storming out.

After Joseline leaves, Stevie J and the new artist high five one another (celebrating him being byatched on national tv perhaps), before she stands up and starts twerking in front of Stevie J, who responds by smacking her ass. 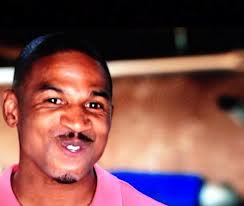 Cut to Stevie J remarking about how Joseline doesn’t realize that the Stevie J bus can just go down the road and pick up another girl who’s ready to ‘get on the bus’ and ‘take a ride’.

I couldn’t make this stuff up people.

After watching this second segment, I felt…dirty.

Like I had to take a shower and wash my eyes out with bleach.

Stevie J should be called Sleazy J because he comes across as a lecherous pig.

I’m all about one getting his or her man on.

But give me a break!

Have some class…a modicum of respect.

For yourself, if for no one else.

But Stevie J takes the cake for being the grimiest, most low down, nasty bastard on tv.

It doesn’t help that cats are putting this fool on camera, strangely validating his particular brand of sleaze.

Thankfully, this season has come to a close, and we can allow our eyes and psyches to heal from this particular brand of televised filth….