I’m sorry. I just can’t get excited about the iPad Mini. 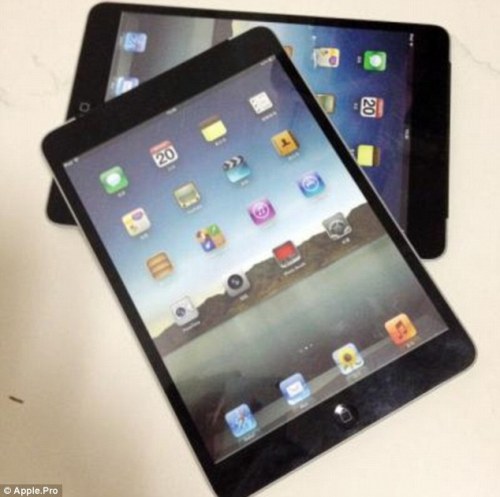 Is this the new iPad Mini? Time will tell.

There’s quite a hullabaloo around Apple’s alleged September 12 announcement.

The buzz around the iPhone 5 and the release of iOS 6 have kept tech bloggers busy.

I have to admit, that I too, have been caught in the frenzy.

I was totally bamboozled by a colleague who posted up a link to a leaked ‘first look’ video of the iPhone…only to realize that it was a hoax.

But as much as I’ve tried, I simply can’t muster the energy to get excited about the iPad Mini.

Yeah. The rumor mills have been throwing around theories about what the iPad Mini will ultimately be.

And there has much speculation about its potential features.

Sure. The Kindle Fire and Google Nexus 7 have left Apple in the unenviable position of NOT being first to the mini tablet space.

So the likelihood of a smaller, lower priced offering, designed to compete with these devices, is great.

But I’m still not waiting with bated breath for it.

The ‘new‘ iPad dropped a few months ago.

And I’m supposed to be all gaga over it?

Because of the smaller form factor?

Will it have all the same bells and whistles of the current iPad?

Or will Apple pull an ‘iPad’ and drop a device without all the attributes you know they have the capacity to bake in – just to set up the crush for the fully loaded iPad Mini 2.

We’ve all been victims of Apple’s frequent bait-and-switch.

As much as we applaud Apple whenever a new innovative product is released.

When they immediately drop the new and improved whatchumacallit rendering your latest acquisition obsolete.

So you’ll pardon me if I’m over the fanfare and leaks around the iPad Mini.

If you’re really interested, I’m sure that TechCrunch, Gizmodo or Engadget are following the iPad drama unfold.

But not the kid!

If you’re really interested in the latest-and-greatest iPad Mini news, check the link to the latest iPad mini photographs from the Daily Mail.