Ummm FBI…what are you doing with my UDID? 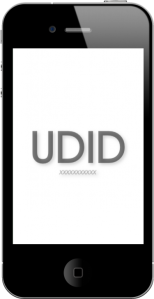 When I first heard about the recent hack of 12 million Apple device UDIDs, I wasn’t too concerned.

I caught a sound bite on Fox 5 News, on my way out the door, so the details were necessarily sketchy.

In my mind, the 12 million hacked UDIDs was a drop in the bucket relative to the total number of Apple devices out there.

I felt my nonchalant attitude was warranted.

But then I learned that these IDs had allegedly been lifted from a FBI laptop that hackers had somehow gained access to.

And then I started to be a little more concerned.

Why is the FBI just leaving laptops with sensitive information laying around?

And why the hell does an FBI laptop have 12 million UDIDs on it?

What legitimate purpose could the FBI possibly have for acquiring the UDIDs in the first place?

And then I learned that it wasn’t just random UDIDs.

The laptop allegedly also contained specific information about the users connected to those device IDs, including their names, email addresses and credit card information.

My colleagues, in the office, were following the story and passed around the link to the site where you could check to see if you were among the victims of this latest digital security breach.

We joked about how not being on the list didn’t mean that you were any more secure, than if you had been.

All jokes aside – I immediately checked to see if any of my devices were among those compromised.

Luckily they were not.

But despite my relief, I can’t help but be a tad ticked off.

With this latest gaffe, we’ve learned that even the Feds are in on the chicanery.

And although both the FBI and Apple have denied that any such leak occurred, in light of the frequency with which hacks occur it’s hard to believe either of them.

It seems like every other day, we hear about some major leak of private or secure data.

And if it’s hackers, doing their thing, then so be it.

Hackers serve a legitimate role in keeping these corporations, who have a fiduciary duty to safeguard our information, on their collective j-o-b.

Without hackers exposing the flaws in corporate firewalls and security protocols, our shit would be a whole lot less secure than it is.

On an aside – I’m waiting for September 29th – the day after hackers have threatened to release Romney’s tax returns.

That online information is inherently insecure.

Each time you fill out an online form, use your credit card to make a purchase from your mobile phone, or create a digital profile on some site, you compromise your data.

And in this increasingly digital world we live in, this compromise is virtually inescapable.

Of course, a few of us take steps to safeguard our information online.

We use services like 1password to avoid the trap of using common passwords for all of our online accounts.

We change our passwords frequently and don’t share them with anyone.

We do whatever we have to do to avoid having our private info floating around in cyberspace.

At the end of the day, I pray that these cats get their acts together.

And despite the denials, if this hack is real, then Apple and the FBI, you’ve got some splainin’ to do!