Apple, the iPhone 5 sucks! But I want it anyway. 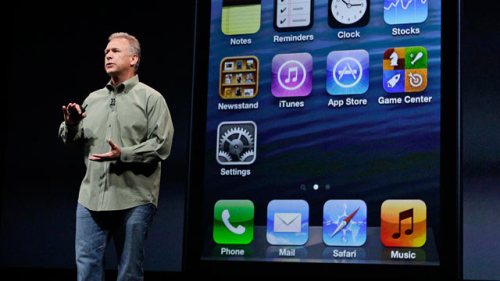 Yesterday’s announcement for the iPhone 5 was…lackluster.

At least not for me.

Not only was there no ‘ah-ha!’ moment, but I actually came away rather pissed off.

Perhaps my frustration is a bit premature, as I haven’t actually handled the new iPhone (for some reason, Apple has yet to send me an invitation to any of their events).

But let’s review all the new features anyway, shall we?

Who cares if we’ll see an extra row of apps on the screen.

Especially if it means that all but the newest apps will be framed by some ridiculous black bars.

I recently got the Samsung Galaxy SIII and you know what?

Thin and light ain’t all that.

It feels like I’ve got a real piece of technology in my hand, and not some toy.

It’s not like I’m going to get carpel tunnel from carrying my friggin’ phone.

Now if AT&T could just work it more places, all that extra speed would mean something.

But seeing that LTE icon instead of 3G will surely give some users a warm and fuzzy feeling, if nothing else.

I’ll believe it when I see it.

Apple claims that everything loads 2 times faster, but is that material?

Who stands around with a stop watch timing how quickly their apps and web pages load?

Will you even notice?

Let’s be perfectly clear about one thing.

Sure, you can take quality pictures with it, but damn!

Once you start talking apertures, filters and light moderation, I start to feel like I need to take an Intro to Photography class.

Great. I can take better pictures. NEXT!

You’ll say anything, won’t you Apple?

Isn’t this something we hear with every new iPhone release?

But invariably, you’re slapping your phone to the charger far too frequently for any ‘improvement’ in battery life to actually make a difference.

Instead of everything being compatible with everything else, we’ve now got to remember to tote the new 8 pin connector.

Run out of juice and forget your ‘Lightning’ connector?

Good luck finding a compatible cord to borrow from other iPhone users.

Headphone jack at the bottom.

This is one of the stupidest things I’ve ever seen.

I’ve always thought that headphone jacks on the bottom (or side) of any media device was poor design.

Apple has now joined the ranks of foolishness by placing a headphone jack in the absolute worst place imaginable.

Now I’ve got to drop my iPhone in my pocket upside down to avoid damaging the connection.

What does it all mean?

In the final analysis, the iPhone is starting to look (and feel) like other phones.

If the goal of the latest iPhone was to be like everyone else, they’ve certainly taken one step closer to achieving that.

I’m not going to say that the new iPhone is indistinguishable from other phones, but as one techie said to me today, “with the latest iteration of the iPhone they’re not too far off.”

But, I still want it…