Building an App. The dollars and sense of it all. 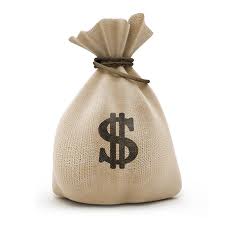 I’m frequently asked “how much does an app cost?”

And my answer is always, “it depends.”

I’m sure folks think I’m being evasive, not trying to lock down a price, from which I will be unable to extricate myself later.

But the truth of the matter is really, it depends.

There are a number of factors, which control how much an app will ultimately cost you to develop.

But, that’s only on the development side.

You’ve also got to take into consideration other factors.

Each of which carry their own costs.

And lets not forget about how you’re going to market and promote your app.

It’s one thing to build an app, but what good does it do you (or the brand that’s hired you to develop it) if no one knows it exists or downloads it?

Courtesy of Idea To Appster

Someone forwarded me this awesome App Economics infographic, from IdeaToAppster.com that succinctly articulates the economics behind building an app from scratch, which I just had to share.

While it’s not totally comprehensive, it should clear up many of the issues that most folks have about how much apps cost.

And the amount of time it takes to develop an app also varies widely, so I’m going to have to differ with the whole ’12 weeks’ thing.

Ultimately, what you should take away from my babbling, is that developing an app involves considerations beyond money.

And if you’re not approaching it from a 360 perspective, my advice is that you hold off until you’ve considered everything that goes into it.

Because no one wants a crap app.

Tagged as App Economics, cost of apps, cost to build an app, how much does it cost to make an app, IdeaToAppster.com, infographic