Why I never attend CES. Confessions of a gadget addict. 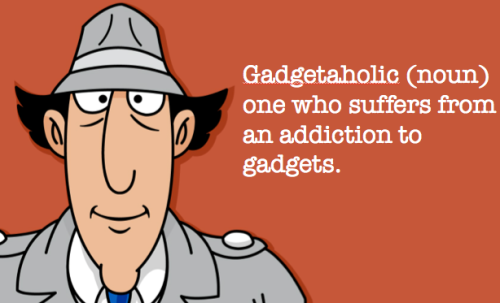 How Inspector Gadget must have suffered!

Gadgetaholic (noun) one who suffers from an addiction to gadgets.

I am an admitted gadgetaholic.

Ok, ok. There’s no such word as gadgetaholic.

But there should be.

If it beeps, buzzes, chirps or tweets, I’ve got to have it.

I can’t even help myself.

On any given occasion, I’ve got a gagillion different gadgets in rotation.

If it’s got a modicum of utility, I’ve owned it – or coveted it.

I’ve been hooked on gadgets for so long, I can’t even tell you when it first started.

With my obsession for gadgets, one would think that the annual Consumer Electronics Show (CES) was Shangri-La for someone like me.

But it’s quite the opposite.

All those companies, congregating, with all their unreleased wares for show.

It’s all too much.

It’s so bad that during the CES week, I just go radio silent.

I ignore all CES related updates.

I pay attention to none of the information that streams out of TechCrunch, cNet, AdAge, Engadget, et als during the week.

I want none of it.

And do you know why?

BECAUSE I CAN’T HAVE ANY OF IT!!

At times, I’ve gone a bit…overboard…with my….

There, I’ve siad it.

My closet (several of my closets) are stuffed with gadgets past.

Or that digital recorder…

Or some unused thingamajig or doohickey.

But do you know what it’s like to be a gearhead, but not be able to cop the latest technological wares?

Or see bright shiny object, and have to walk away from it?

And they’re not just any old shiny objects, mind you.

They’re shiny objects created by cats who are more tech obsessed than I.

I mean, have you seen some of this stuff? 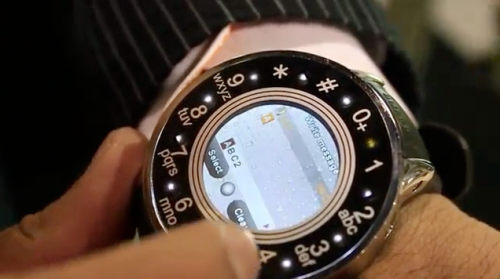 But what good is all this scrumptious technology if I can’t have any of it?

99% of the items at CES are concept items=not for sale.

The stuff that is for sale is too expensive to buy (or shit I dont want).

My urge to possess said stuff would drive me to straight thuggery.

And how would I look robbing these good white folk for their goodies?

I don’t think a stick-up at CES would go unnoticed.

So every year, I resign myself to keeping my addicted ass in Jersey, while CES goes on without me.

And that’s a good thing.

No one wants to see a grown-ass man, drooling like a rabid dog.

Flitting from thing to thing like a hopped up kid with ADD.

One day, I might get my addiction under control.

But for the time being, I’ll treat CES like a watering hole to be avoided at all costs.

And take my recovery one day at a time.

2 responses to “Why I never attend CES. Confessions of a gadget addict.”