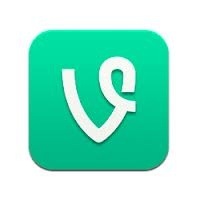 Have you heard of Vine, Twitter’s latest spinoff?

And it’s easy as pie to do.

All you do is turn on your phone’s camera from within the app.

There’s a little camera icon in the header.

Then you hold your finger to the screen.

As long as your finger is touching the screen, Vine records.

Lift it, it stops.

Each time you press the screen, a green progress bar shows you how much recording time you have left.

When you’ve hit your six second limit, a green check box appears on the screen.

Toggle the switches to select your preference and viola! You’re done. 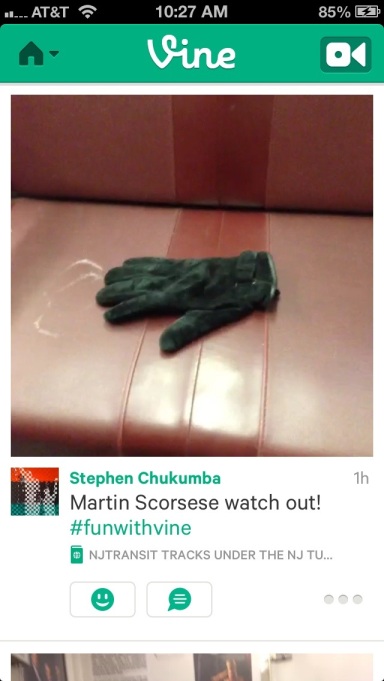 Getting set up with Vine is a cinch.

From there, you’re prompted to confirm your profile details.

And then Vine gives you a short live tutorial to show you how to use the app.

In addition to letting you create your own short vids, you can browse through the creative contributions of other users from the ‘Explore’ option in the app.

There’s also an ‘Activity’ option in the menu, which stores all of your activity within the Vine community (likes, shares, comments, etc.).

Posting micro-videos to Vine is the video equivalent of Tweeting.

It’s so super easy to use that I can see this thing taking off.

But what do I know?

And there is some question as to whether you can actually post to Facebook via the app.

When I tried, there appeared to be a glitch in the matrix.

Although I was presented with the standard access screen, the app crashed when I elected to allow the app to post activity to my profile.

Anyway, if you’re interested in yet another social sharing app , Vine is right up your alley.

From my short time with it, I foresee it being quite addictive.