Facebook changes (again). But this time it’s not horrible.

Over the past few days, you might have heard chatter on the interweb about Facebook’s new UI (user interface).

One day soon, the Facebook you know will be no more.

Soon billions of Facebook users will be forced to (once again) re-learn how to use it.

To be fair, Facebook let us decipher Timeline for a hot minute now.

So I guess we shouldn’t complain.

Or be surprised that (once again) the look, feel and navigation of the Facebook homepage is entirely different from what it was yesterday.

Or the day before that.

Or the day before that.

If you haven’t seen if yet, here’s a snapshot with a hyperlink to the Facebook newsfeed page, where you can see it in living color (before the switch).

Am I actually giving someone credit?

Whatever the case, there is something more fundamental to Facebook’s latest planned switcharoo.

Sure, they’re pitching it as a way to see your friends’ stories presented in a cleaner more streamlined fashion.

I’m sure you’ve already noticed the sponsored stories from Classmates or Knitting Fever (or whomever) pop up in your news feed. 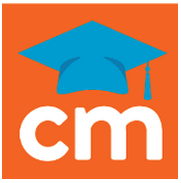 You know you didn’t like Romney for President, so WTF is this crap doing in your feed?

This redesign is going to allow Facebook to leverage it’s billion plus membership all the way to the bank.

Again, to their credit…

There I go again! I must be getting soft in my old age.

With the nice dock, cleverly tucked away on the side, the desktop version seems to have adopted the clean look and feel of the app.

I’ve been using the new Facebook app for a minute.

And it’s a pleasure.

It’s UI is clean and unobtrusive.

Unlike the desktop site.

But this redesign seems to have brought the efficiency of the app to the desktop.

I wonder if they’ve got the whole swiping thing down too?

Ya know what I’m talking about right?

If you swipe the screen of the Facebook app on the iPhone, left or right, you reveal the menu or your friends? 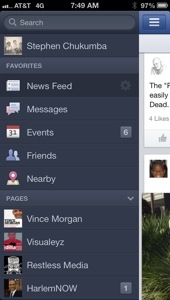 Some surmise that Facebook will offer users the choice between switching to the new homepage design or sticking with Timeline.

But I doubt it.

Anywho, if you didn’t know this change was coming, now you know.

So don’t be actin’ all indignant when you log in one day, and the Facebook you once knew is no more.

6 responses to “Facebook changes (again). But this time it’s not horrible.”