Best of the Best. The Webby Awards. 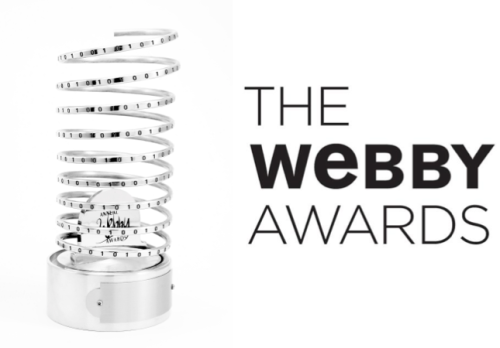 Did you catch the Webbys?

You know, the annual award show that celebrates excellence in the internet?

Actually, it’s not just of the internet.

And interactive advertising and media.

Oh yeah, and mobile apps too.

And social web, I think.

I think this means it’s a big deal.

In it’s 17th year, The Webbys brings together some of the most innovative and creative minds to pay homage and acknowledge some of the tremendous work being done in the online, social media and interactive space.

For we geeks, it’s like the Oscars of the online and interactive world.

Win a Webby and you are somebody.

And nominees ranged from Funny or Die to The Onion, Mashable to Tumblr, Google to Ted Ed – and everything in between.

If you’re unfamiliar with The Webby Awards, it’s all good.

It is a thing of geekdom.

And unless you’re into the internet, mobile, apps, advertising or social media, you probably don’t care.

But if you’re interested, The Webby’s gives out over a hundred awards each year, to the best and brightest among us.

Yes. I included myself in the running for “best and brightest.”

Each year, two awards are giving out  in various categories: The Webby Award and the People’s Voice Award.

Winners of The Webby Award is selected by the members of The International Academy of Digital Arts and Sciences.

While the People’s Voice Award winners are selected by the people, via online voting.

Now if you visit the site, you will be overwhelmed.

There are over one hundred different categories and the page of the website listing the winners and nominees scrolls endlessly.

So here are my faves: 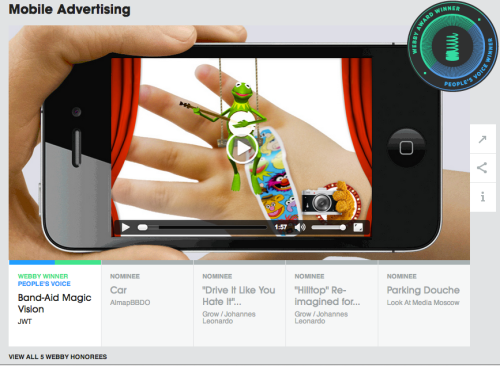 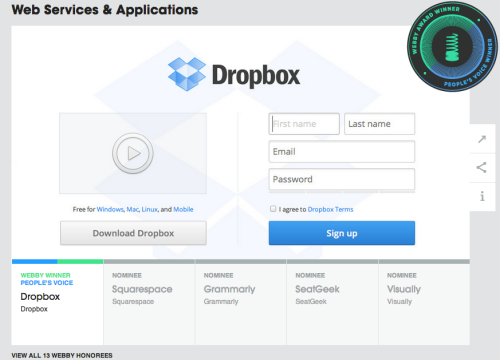 There were infinitely more categories and winners.

And as I was going through them all, I realized that it was better to simply give you the link to check out the full site, winners and nominees for yourself.

I originally said that you’d be overwhelmed if you visited the site.

But I was getting overwhelmed, and we can’t have that.

There are loads of videos, memes, and content galore, so give yourself a chunk of time to go in.

It’s taken me two days to get this out, just because I took such a deep dive.

And I couldn’t figure out what to write about.

It was all so compelling.

Especially all the mobile stuff.

So, if you want to know what the most amazing web, online, social media and interactive stuff of 2012 was, peep The Webby Awards site.

If not, kick rocks!