UPDATE: Since the writing of this post, Beats Music has intermittently stopped mid-stream on too many occasions to mention, on both the app and the web. While I had report (later in this article) that the fix that they applied worked, apparently, it has not. Verdict, Beats Music has a ways to go before I’d part with a red cent for it. Period.

A little over a week ago I downloaded the Beats Music app and was thoroughly unimpressed with the offering.

While it looked good and boasted a host of impressive features and capabilities, my first impression was that it was a buggy app, plagued with technical difficulties.

And due to apparently high demand created by the buzz of its launch, there was a serious backlog to get registered, which ran completely counter to the instant gratification culture of Beats Music’s target demographic.

Combined with a relatively short trial period, I projected that Beats was a cute idea, but outside of a few chumps who easily part with their dough just to be a billboard for some brand, real streaming music aficionados weren’t going to be swayed by Beats’ technically challenged offering.

A few days later, when my registration was approved and I was able to experience Beats Music, my stance softened.

The interface was fresh. Not as intuitive as I would have liked, but interesting and visually appealing. 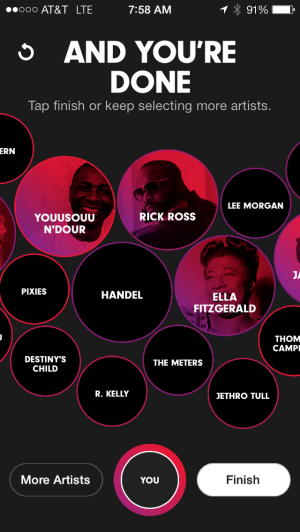 With options aplenty, but not so many that you needed a user manual, I was able to dive right in and get my Beats on.

But then those technical glitches reared their ugly heads and ruined everything.

Streams would stop mid-play, buttons would suddenly become unresponsive and all navigation inoperable.

On more than one occasion, I found myself quitting the app and restarting.

By the fourth day of my seven day trial, the app had stopped working completely.

Quite the ignominious start.

But then Beats Music did something that completely erased the maddening frustration of their (what was now a) pretty crappy app, and restored my faith in them.

They sent an email acknowledging that their shit was broken.

The outlined what they were doing to fix it and extended the trial period for another week. 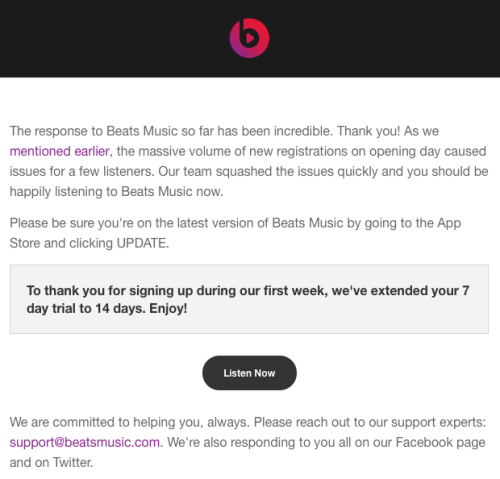 Yeah, our shit broke. We fixed it. Now what?

Clearly someone at Beats had some customer service home training.

True to their word, their technicians had done something to eliminate the bugginess of their app.

And as a result, I’ve been able to take Beats for a true test drive.

And do you know what? Beats Music is everything they said it would be.

They’ve got playlists for days , of all kinds, by genre, mood, curator, activity.

There’s a cool, “The Sentence” option that creates playlists from a sentence you configure. 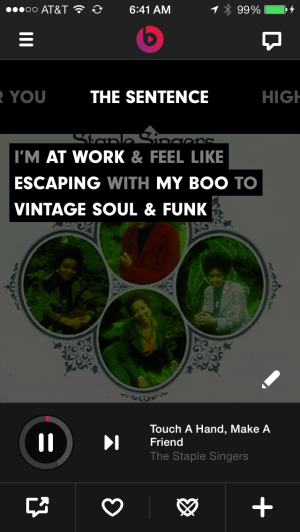 You can mine down into individual artists within a playlist and create playlists of your own.

There’s even a nifty mode that allows you to listen to a playlist offline, that’s created from the playlists and songs you listened to while you had cellular or wifi access.

Although some have complained that Beats Music’s classical selection leaves much to be desired, I’ve taken deep dives into their jazz, hip hop, reggae, world, 90s and rock collections, and have come away deeply satisfied.

My one criticism of the app is that navigating isn’t as intuitive as I’d like.

Once you select a playlist, genre or song, getting back to the home screen takes a bit of maneuvering.

And the playlists, while diverse, are woefully short.

Just when you start to get into the groove, it’s over.

I found myself wishing that each playlist was just a little longer.

But these criticisms pale in comparison to the chasm of woefully deficiency Beats  managed to fill with their mea culpa and update.

For those of your who swear by Spotify, Pandora or any other paid streaming service, I challenge you to give Beats a try.

Now that they’ve got their shit together, you just might be impressed enough to switch.