Five signs that you’re a Fanboy 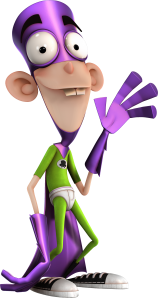 Have you seen this person? Looked in the mirror lately?

With the release of the iPhone 6 and 6 Plus, the inevitable phone wars have begun afresh.

Don’t act like you don’t know what the phone wars are.

The ongoing comparisons between Apple and Samsung or iOS versus Android.

Invariably, these little skirmishes arise whenever Apple drops a new product (and never the other way around).

But that’s beside the point.

Anywho, every so often users on both sides take to the interwebs to pronounce their allegiance to (or disdain for) one side or the other.

Your’s truly is no exception.

I’ve been known to malign an Android owner or two in my day.

No. I don’t own stock in Apple, and no Samsung owner ever kicked my dog (I don’t even own a dog).

“So why the hostility?” you ask.

Usually, I’ve got a cogent argument supporting my pro-Apple stance.

Sometimes, not so much.

My blind allegiance is often questioned, and I’ve always assumed it was because Apple simply made a better product.

But with the release of the iPhone 6, which is really Apple’s version of the larger Samsung family of devices, the questions of my blind allegiance are….well…valid?

So I’ve done a little introspection and I think I’ve got it.

Like millions of others, when it comes to anything Apple, I go balls to the wall.

I readily admit my fandom, but others can’t seem to self-identify (as I have).

So today, I’m going to share with you the top five signs that you too, are a fanboy.

1. You wait in line the day a new device drops.

More accurately, you camp out for days leading up to the release of a new device.

Only true fanboys place such importance to being the first ones to own a device that they’re willing to risk their lives, brave poor weather, take time away from the families or jobs to sit on a line and wait.

Will they win a prize?

Be recognized for their achievement?

So why do they do it?

For the visceral feeling they get holding a brand spanking new device that no one else (yet) has. That’s why. 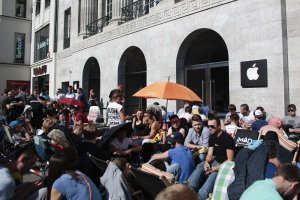 Now y’all know you’re supposed to be at work! WTF?!

If anything that Apple (or Google) publishes in anticipation of a release gives you wood and you regurgitate the features and capabilities as fact, sight unseen, you’re a fanboy.

So what you’re getting all your information from the rumor mill?

If Apple says it, it must be true. Right?

3. You take criticism of your device personally.

Everyone knows that Apple’s battery life is notoriously horrible. Or that Android devices routinely freeze, crash and drop calls.

But if you’re a fanboy, and someone utters a word against your favored device, all you hear are fighting words – and you’re literally ready to fight.

I remember when the Samsung Galaxy GS3 dropped.

Several of my so-called friends copped it and were all ga-ga over it.

I had one of the first GS3s in my office and had a chance to take it for a test drive.

Needless to say, I wasn’t impressed.

I posted a blog with my two cents, and was immediately set upon for posting negative reviews.

I had to unfriend a few folks after that. 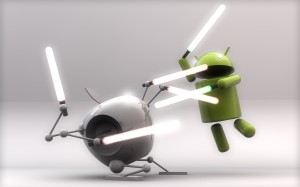 Don’t know why the illustrator decided to cast the Android as the Jedi. Android is definitely the dark side of the force. Hello?

As a result, you’re totally ignorant about what an iOS device or Android can or can’t do.

It’s hard to offer any legitimate critique of a competing device if you’ve never owned one.

But that doesn’t keep fanboys from making far-reaching pronouncements about the inadequacies of the opposition.

Wouldn’t you rather hate in ignorance than admire with full information?

There is no more profound evidence to the existence of a true fanboy, than Blackberry owners.

Despite the obsolescence (or near obsolescence – they’re clearly on life support) of Blackberry devices for several years now, there are still legions that swear by these blocky, keyboard bearing pieces of antiquity.

Will the Blackberry Passport help to revive the dying brand? Not likely. But we have a new device to make fun of!

Now if you have any doubt whether or not you’re a fanboy, ask yourself, “When was the last time you owned <input name of device you don’t currently own here>?”

If you can’t remember, you’re a fanboy.

2 responses to “Five signs that you’re a Fanboy”