Watching TV on the toilet. Simulcasting to apps is the future (of broadcasting)

You must master the four screens.

This weekend, I was watching The Alien, 48 year old Bernard Hopkins defend his title against Karo Murat, the 30 year old challenger from Germany.

The fight was fairly spirited and I was thoroughly engaged.

But as my salsa and cheese dip decided they wanted out, I had a difficult choice to make.

Do I suffer through the next six rounds and try to suppress my bowels or make a b-line for the commode and miss the fight?

My trips to the latrine are rarely brief.

My intestines got the better of me, and as round six ended, I reluctantly broke for the bathroom.

Back in the day, this story would have ended with me Googling the results or checking The Bleacher Report or ESPN.

But something told me to check out the App Store to see if there was an app that would let me watch the fight live from the toilet.

The fight was on Showtime, so I decided I’d start there.

What was there to lose?

As I plopped down upon my throne to handle the affairs of state, I whipped out my iPhone and quickly located the Showtime Anytime app.

I downloaded and launched the app, and true to form, there was a Live TV tab in the footer.

When it pulled up the program choices, there was a ‘Watch Now’ button next to the Hopkins/Murat listing of the fight.

Before I knew it, I had taken in six rounds of boxing on the crapper, and I realized that broadcasting had come a long way.

The future of broadcasting was in my hands.

No. Not the toilet paper. I had already flushed that.

Although toilet paper is a wonderful invention.

I’m talking about apps which allow you to consume live media.

Others quickly followed suit and there were similar offerings from the likes of ESPN, A&E and Cartoon Network.

Not to be left out, cable providers made sure they had skin in the game with their apps, including Time Warner, Cablevision, Verizon Fios and Xfinity.

The battle for eyeballs has gotten so fierce that if you’re not present on all platforms, you’re giving up valuable ground to the competition.

It used to be enough to have a broadcast channel with good content.

Back in the day, all you had were the broadcast television networks, like ABC, CBS, and NBC.

The networks had a virtual monopoly.

Then came cable, which changed the game.

No longer were you restricted to ‘tame’ television.

You had options. And no commercials.

And then the internet decided to change things up a little more, offering tons of video content that you couldn’t find on television or cable.

And for the most part, it was free.

YouTube was the genesis of this, but other players like Hulu and Vimeo kept things interesting (and ever expanding with user generated videos and internet only shows).

When Netflix brought their DVDs by mail into the home, first streaming over the internet and then through set top boxes, the broadcast ecosystem fractured even further.

It’s not enough that you’re proficient on one platform at the expense of the others.

To meet the needs of an increasingly mobile and demanding audience, you’ve got to master them all.

And as a content creator, you’re going to want to leverage distribution methods that ensure you’re meeting your audience, wherever they are.

If you’re not simulcasting (or offering your content simultaneously across multiple platforms), best believe the next guy is.

As technology evolves, users are going to expect faster, more streamlined access to all forms of media.

I predict that in the future, we’re going to see more players offering content that is traditionally delivered to televisions being delivered to set top boxes, online, and through apps simultaneously. 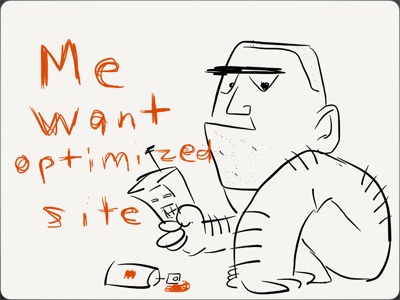 Several years into the mobile revolution, and I still find myself grappling with the relatively few number of brands that have adopted mobile as a reality.

I can’t accept how many websites fail to have mobile equivalents.

Invariably nine out of ten sites I visit from my mobile phone, aren’t optimized for mobile.

Many brands that (I think) would naturally benefit from being on mobile – retail, restaurants, transportation, media – simply aren’t adopting mobile as a viable platform.

And (I think) to their detriment.

The explosive growth of apps like FourSquare and Instagram, highlight the fact that people are always on their phones and have them with them wherever they go.

I challenge you to walk down any street, anywhere, and find five people without a phone in their hand, up to their ear or on their person.

Mobile phones have become literal extensions of the human body keeping us inextricably connected to the world (wide web).

As such, it behooves brands to adopt a mentality (and methodology) that speaks to this interconnectedness.

Having been in the mobile space actively for the past six or seven years, I’ve witnessed mobile go from fringe to mainstream – globally.

But despite the widespread adoption of mobile devices, and the rapid advances in technology (which have made devices more powerful yet less expensive), brands are slow to get with the program.

And the results of this slow pace equal huge losses for businesses whose audiences are being turned off (and away) from sites that aren’t optimized for the third screen.

I have no greater peeve than when I try to navigate a full HTML website from my iPhone.

And while I CAN navigate a a full site from my phone by employing the swipe and pinch functions, I shouldn’t have to.

Especially if it means that pinching or swiping takes other critical sections of the page offscreen (compromising the overall utility of the site/page).

There are a few sites that I use regularly, that ‘get it’ and have really thought through the intended utility of their sites for their users.

These include Expedia, CBS, CVS, NJTransit, and Amazon.

There are others, that simply leave me scratching my head (NBC, Mohegan Sun, Gucci).

Not having a mobile presence (mobile site, mobile app, tablet-optimized site) gives your competitor a tremendous advantage in this increasingly competitive world.

Mobile transactions are increasingly factoring into the bottom lines of many businesses, and the failure to accommodate your users, in this way, could materially impact a company’s revenue stream.

So take my advice…

The choice is yours.

Yesterday, I attended a walk-through with the team from CBS Marketing, in preparation for Saturday’s promotion at the Harlem Center PAL.

You see, on Saturday, the cast and crew of NYC22, will be in the house!

The show follows these rookies as they patrol the streets with their training officer, and confront the physical and emotional demands of being a police officer on the NY city streets.

NYC 22 follows six diverse NYPD rookies as they patrol the gritty streets of upper Manhattan. The new trainees include Jennifer “White House” Perry, a former college volleyball star and Marine MP in Iraq with a take-charge attitude; Ray “Lazarus” Harper, the oldest rookie and a former police news reporter with better sources than most seasoned cops; Tonya Sanchez, who comes from a family with a criminal history; Ahmad Kahn, an Afghani native who fought his way to freedom; Kenny McClaren, a fourth-generation police officer with great instincts but qualms about joining the force; and Jayson “Jackpot” Toney, a young basketball legend who squandered his opportunity in the NBA. Their demanding Field Training Officer, Daniel “Yoda” Dean, is a case-hardened, unsentimental veteran of the force who emphasizes basics and holds each cop accountable for their actions. Rounding out the team is Sergeant Terry Howard, a no-nonsense plainclothes officer from the Gang Intel Unit, who trains the rookies on how to keep the gangbangers at bay. With unique backgrounds, personalities and reasons for being on the force, the new cops will make their share of rookie mistakes while they figure out how to relate to their boss, each other and the people they swore to protect.

The show premiers on Sunday, April 15th, and the marketing team at CBS thought it would be a great idea for the cast of NYC22 to interact with the community represented in the show, prior to the premier. 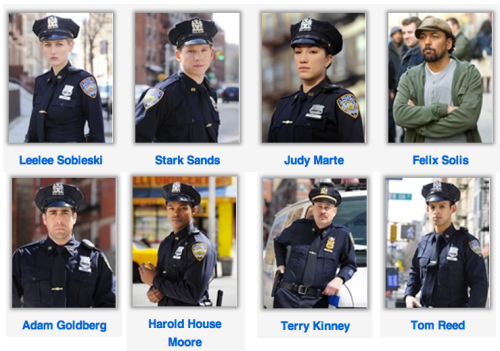 On Saturday, the cast and crew of NYC22 will attend the Pro Hoops Drill & Play Championship weekend at the Harlem Center PAL, for a day of basketball, photo opps, food, and fun for all.

It’s not often that a major television network seeks out a community organization for a partnership like this.

So somebody MUST be doing something right!

Saturday’s event is the culmination of the work from a number of different agencies and entities working together.

Drill & Play is an initiative of the District Attorney’s office, Pro Hoops NYC, and PAL, designed to take kids off the streets and provide them with a structured basketball training program.

Launched at the end of last year, Drill & Play provides community youth with the opportunity to gain (or improve) their basketball skills, through drills and instruction, and participate in games and tournaments.

The event on Saturday is an example of the changes taking place in Harlem, and PAL is at the center of it all.

Tomorrow, I’m attending the preview screening of NYC22 at the Paley Center, together with members of PAL and NYPD and DA brass – so I’ll be on my best behavior – and I’ll be sure to give you the rundown.

The writers, directors, producers and cast will all be on hand to discuss what went into making NYC22, and what impact they feel the show will have.

So if you’re around on Saturday, and happen to be in the Harlem area, definitely drop by.

Be sure to check out the premier episode on Sunday at 10 pm (9 pm Central) on CBS.

The hashtag for the show is #nyc22, so if you’re going to be watching….