When 8 and 5 equals Zero. Chad Ochocinco (is a jackass) 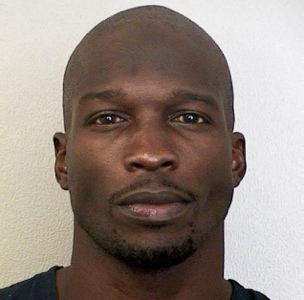 He was recently arrested for head butting his wife during a dispute outside of their home.

As a result of his foolishness, he’s been released by the Dolphins and is likely looking at jail time.

Now, we all know that a man should never put his hands on a woman.

That presumes that you also don’t head butt, karate chop, drop kick or otherwise cause any other form of bodily injury to your woman (or any other woman for that matter).

People are asking, “what was he thinking?”

But clearly, he wasn’t.

If he were, he would have paused (at least momentarily) and reflected on the impact of injuring his wife: going to jail, losing his job, cancellation of his reality show and the absolute PR nightmare that accompanies domestic abuse.

Unfortunately (for him – and those who rely up in his income) he didn’t (think) and now he’s watching his life being flushed down the toilet.

But we are talking about Chad Ochocinco.

The guy who changed is name to the Spanish pronunciation of “8-5” (the number on his Bengal’s jersey).

Because $600,000 a month is too little to live on AND have to share with your children.

(That was Terrell Owens – not Chad. But who can tell these trifling football players apart?)

And famously stated that he prefers light-skinned and white woman to Black women.

Thanks for validating our dark-skinned sisters!

Mr. Johnson (his real last name) is not known for his intelligence.

I’m ashamed and embarrassed (for him) and I feel really bad for his (soon-to-be-ex) wife and kids.

Some example this fool is setting.

I wonder how many Ochocinco-files are going to come out in support of him, as throngs did in the wake of Chris Brown’s assault of Rihanna.

Is Twitter going to be a flutter with girls asking to be head butt by Ochocinco anytime?

Will Jay Z and P Diddy continue to support their friend because we haven’t heard both sides of the story?

Hopefully, his wife will press charges and send this fool away.

But I doubt it.

If Chris Brown’s light prosecution and slap on the wrist sentencing (community service), or Floyd Mayweather’s three month sentence for assaulting his girl are any indication, it’s unlikely that 8-5 is going to do much time.

Or learn anything, for that matter.

I’m just sad that another Black man, in the public eye, is acting like a jackass.