Do you remember those cartoons that starting appearing in folks’ feeds a while ago?

They featured custom avatars that looked eerily like your friends?

Well that was Bitstrips.

Bitstrips is a web and mobile application that lets users create cartoons of themselves and their friends, which can be shared over social media

They were created by a Canadian company, which also created Bitmoji, which brings your customized avatar to the world of emojis.

Technically, Bitmoji is a keyboard with customized emoji, and it’s available for both iOS and Android devices.

When you download the app, it walks you through the process of building a custom avatar, letting you select everything from hair style, skin color and eyebrow shape, to facial hair and clothing. 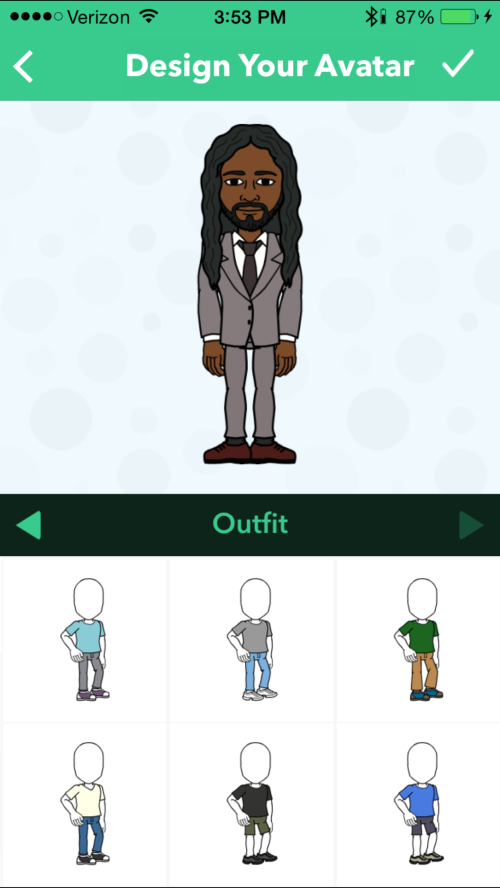 Once you’ve created your avatar, it builds your emoji library, setting you up for some pure hilarity.

If you’re inside the app, you can select an emoji and share it with your friends or social network with a simple click.

Bitmoji’s keyboard lets you spice up texts to your friends by placing their emojis right into your messages.

Instead of a simple lol, you can use your Bitmoji lol emoji complete with your cross-eyed avatar. 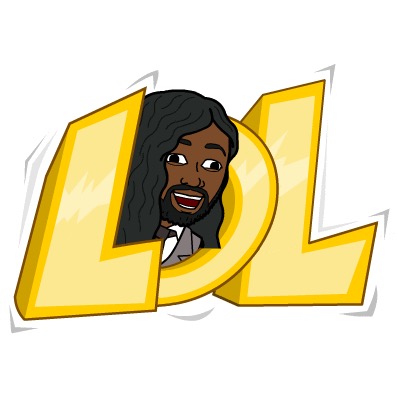 I don’t know why they had to make my eyes all googley.

Find something particularly funny and want to ROFL? Bitmoji’s got an emoji of your avatar literally rolling on the floor laughing.

There’s a Bitmoji emoji for virtually every common texting emotion you want to express – and then some.

But this is where things get a little inconvenient.

Ordinarily, when you’re texting, you just enter text, select the emoji keyboard, pick your emoji, switch back to the text keyboard and keep typing.

Unfortunately, unlike other keyboard-based emoji, where you can simply select the emoji and it appears in-line, Bitmoji’s emoji’s are “copied and pasted.”

Yes. You read that right: copied and pasted.

Although Bitmoji has it’s own qwerty keyboard, the buttons are small, and it’s not particularly user-friendly.

If that wasn’t bad enough, it’s a little difficult to find the emoji you want to use.

There are seven different selections arranged in some non-intuitive and seemingly random order.

Making matters worse, there are a bunch of what I’d call “useless” emoji.

G’Day Mate, for example, is one. The emoji is your avatar in a kangaroo’s pouch.

Why am I in a kangaroo’s pouch? Anyone?

Now, if I were in the Australian outback, or had recently watched Crocodile Dundee, then maybe.

And that’s not the only one.

There’s another called “Hey, hey, hey,” and a third which can only be described as disturbing.

This is something straight out of a cartoon nightmare.

It features your emoji in greyscale, arms akimbo, in what appears to be a bikini.

Both male and female emojis appear in this fashion – why? I have no idea.

Why do I have boobs?

In fact, there are a number of polymorphic emoji, bearing female bits, which is a problem if you didn’t intend to create a transgender avatar of yourself.

Problems aside, Bitmoji’s app is great if you spend a lot of time texting and want to spice up your virtual communications a tad.

It is a massive time waster, though, so exercise discretion.