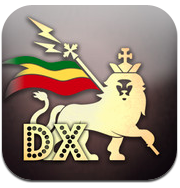 I spent the weekend playing around with this novel music app call Dub Siren DX.

This app gives you the ability to listen to music and add overdubs and sound effects, as if you were listening to a Jamaican sound system.

If you’re not familiar with sound systems, think the Jamaican scene in Belly or The Harder They Come or Rockers.

If that doesn’t help, think about the last time you were at a reggae party and heard a siren, truck horn, gunshot or the sound of a rifle being cocked.

DubSiren DX has virtually every sound effect a real dancehall roots aficionado has heard of…and some they have not.

The iTunes description lists Dub Siren DX as the “ultimate DJ mixer synth with reggae and dubstep radio,” and that description isn’t off the mark.

Dub Siren is stocked with nuff’ sounds, includes sample packs, as well as the ability to purchase additional sounds through an in-app purchase.

Dub Siren also includes the ability to stream radio stations through the app, and apply effects to the stream.

I was literally lost for hours when I first downloaded it in the App store, exploring the myriad of options.

If you’re a fan of reggae, as I am, the universe could not have divined a better app.

I could go on an on about Dub Siren DX, but I won’t.

Suffice to say, this app is a keeper.

But don’t take my word for it.

Check it out for yourself.